Jiangsu auto insurance premiums will be rescheduled at 24:00 on June 17th (00:00 on the 18th). If the insurance expires before July 28th, and if there is a case or violation of regulations in the previous year, you can quickly renew the insurance in advance to avoid unnecessary increase of premiums. . If you try to buy it later without changing the risk, it will be even lower!

What has changed in the commercial auto insurance reform?

2. Adjust the rate and optimize the rate formation mechanism

The question that everyone cares most about: After the auto insurance reform, is insurance premium going up or down? 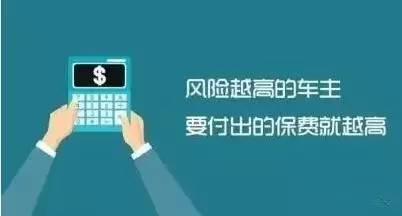 One sentence to explain is 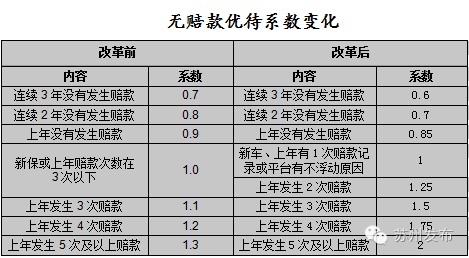 In the new plan:

Out of insurance twice a year, premiums increased by 25%

Over 5 times a year, double the premium 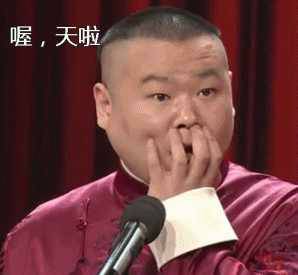 The new car did not take out risks in the previous year, and enjoy 15% discount on premiums

No risk for 2 consecutive years, 30% discount on premiums

No risk for 3 consecutive years, 40% discount on premiums 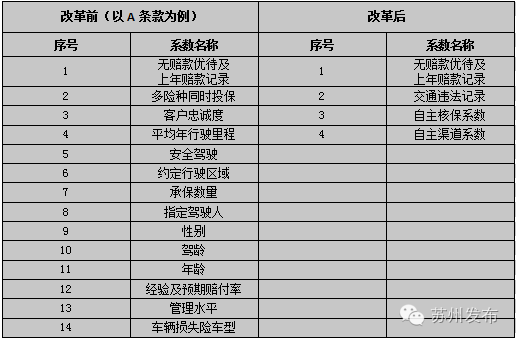 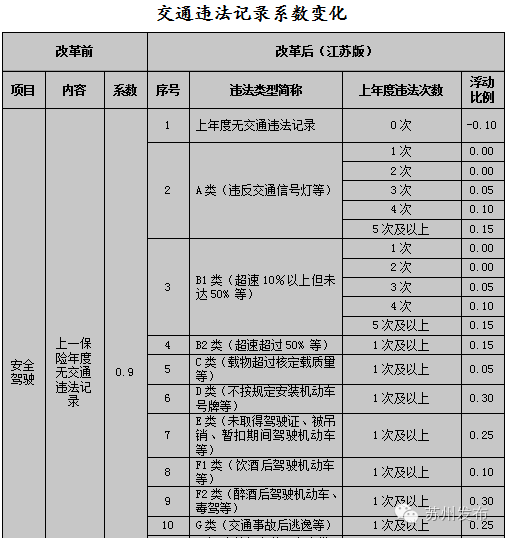 Hurry up and train your car !!! 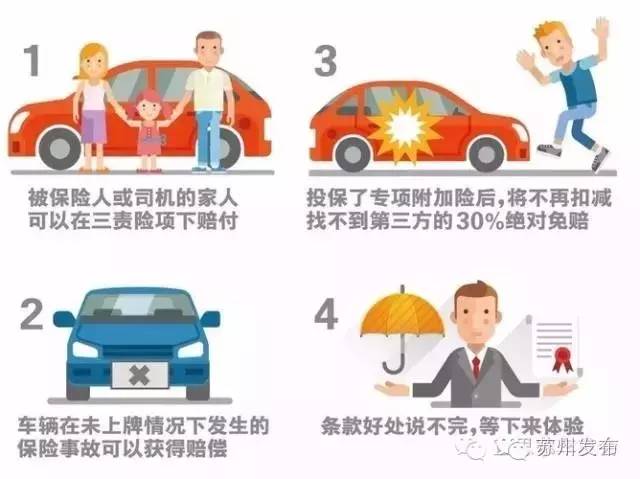 And in some cases

The insurance company did not pay before, but now it is going to pay

1Compensation for accidents when new cars are not licensed

However, this situation does not include the situation that the insured motor vehicle has a driving license, the number plate has been cancelled, or has not been inspected or failed in accordance with regulations. This situation is an exemption from liability for car damage insurance, and the insurance company will not pay. .

Accidents under the car of the insured or driver's family can be paid under third party liability insurance. Driving into your own family is also covered.

At the same time, the new provisions stipulate that if an insured accident is caused by a third party's damage to the insured motor vehicle, the insurer shall actively assist the insurer in claiming against the third party, and the insured may also claim directly from the insurance company.

3 Rearview mirrors and lights can be compensated separately

However, in the event of an insured accident, if the driver's license is detained, temporarily withheld, revoked, or cancelled in accordance with the law, the loss insurance company of the insured vehicle will not pay.

5 parking damage can no longer only pay 70%

In the past, the car was scratched in the parking lot, and the accidental vehicle could not be found. If the insurance was reported, it would only pay 70%, and the remaining 30% had to be paid out of pocket. It was really depressing!

Now if the special additional insurance "Unable to find third-party special insurance" is insured, the 30% absolute deductible for the third party that cannot be found will no longer be deducted.

6 Vehicle disaster and other conditions on board

Compensation can be obtained for natural disasters such as hail, typhoons, and blizzards, as well as for car damage caused by the accidental impact of the carried goods and people on board.

You may still have no idea, don't worry, for the hot questions of netizens, after asking the relevant departments, the answers are all here:

Q: What is the overall impact of this reform on consumers?

A: The reform has improved the fairness and rationality of premium calculation, and consumers have benefited as a whole. For owners who have fewer claims and better civilized driving records, premiums will be reduced. For owners with many claims and traffic violation records, premiums may increase. Based on data from the first two batches of areas where commercial revocation reforms have been carried out, more than 70% of customer premiums will fall.

Q: I heard that premiums are related to traffic violations. How are they related? Does the stoppage, red light, yellow line, etc. all affect premiums? How much? A: The traffic violation factor is based on the traffic violations of the vehicle insured by the customer for one year. The coefficient of floating rates is uniformly searched and used through the auto insurance information platform. From the analysis of historical data, most consumers who regulate driving will benefit from it. After the reform, most motor vehicle insurance premiums will be flat or fall.

Q: If the vehicle ’s violations last year are dealt with, can there be any discount this year? A: As long as a violation occurs, the record will not be erased because of the payment of a fine. This discount coefficient can no longer be used. Certainly affected.

Q: After the reform, if the number of claims is increased, the premium will increase. Can my car be injured at two places and be treated as a payment? A: The insurance compensation is for losses caused by accidents. Different accidents cannot be placed. Pay together. 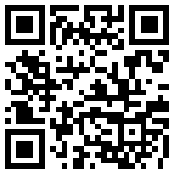